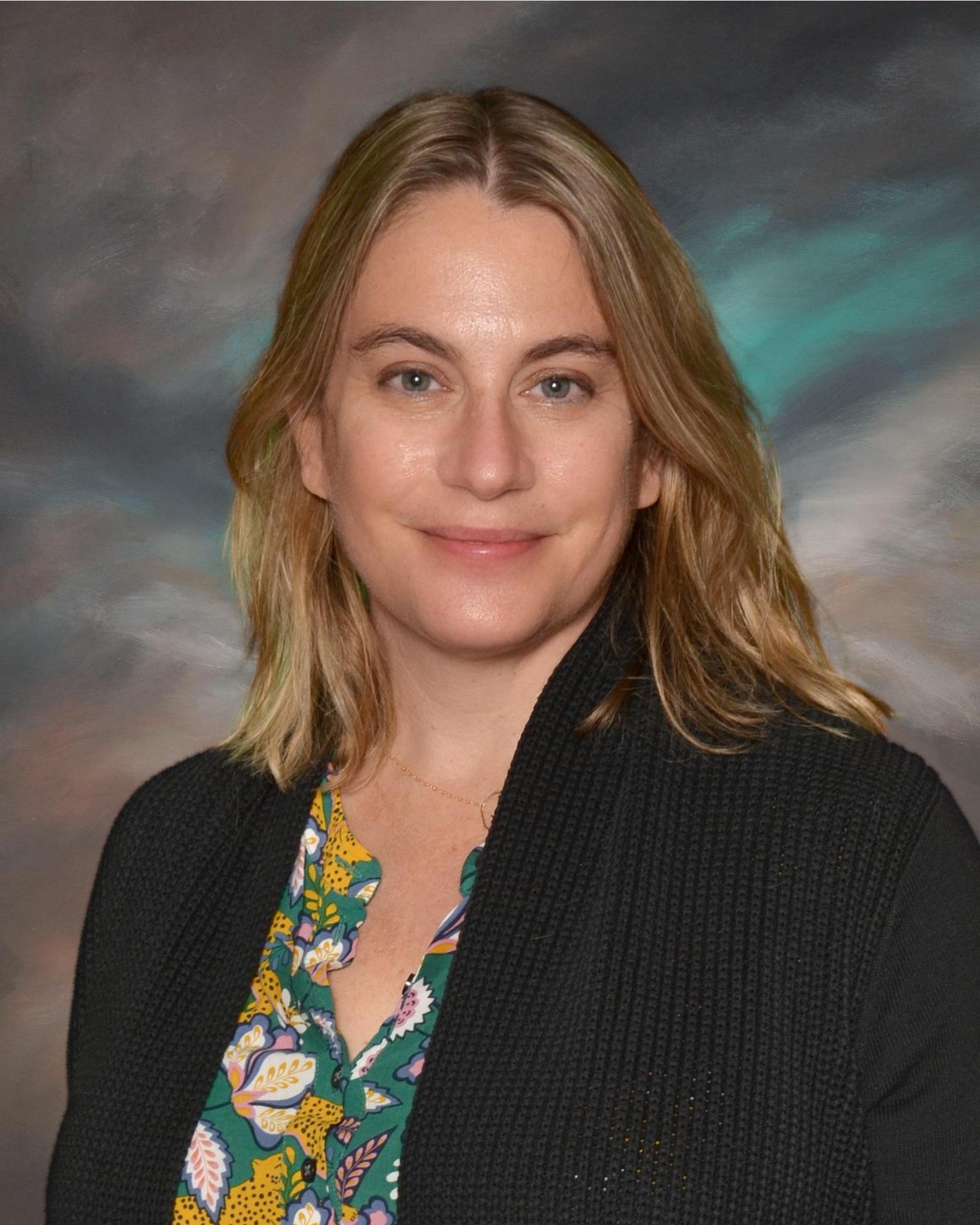 Carolyn has been an educator for 23 years and throughout her career has focused on promoting equity of opportunity and outcomes for all students. Carolyn began her career as a high school English teacher in the Bronx, NY in the late 1990s.  In 2006, Carolyn founded the Academy for Young Writers (AFYW), a small, project-based 6-12 school located in Brooklyn, New York. Under her leadership as principal, over 90% of AFYW students graduated and were accepted to college.  After serving as a principal, Carolyn became the Executive Director of School Quality for the New York City Department of Education, where she oversaw school quality and principal practice evaluations across 1,700 schools.  Most recently Carolyn served as the Chief Executive Officer of School Empowerment Network, an education non-profit focused on new school design, leadership development, and school quality evaluations.  Before joining Valley Charter Schools as the executive director, Carolyn served on the board for two years.  Carolyn holds an undergraduate degree from Boston University, an MFA in Creative Writing from the University of Maryland, and a degree in educational administration from Baruch College. Carolyn enjoys exploring Los Angeles with her husband, son, and daughter.
Dr. Elizabeth Adams, Principal
Valley Charter Elementary School 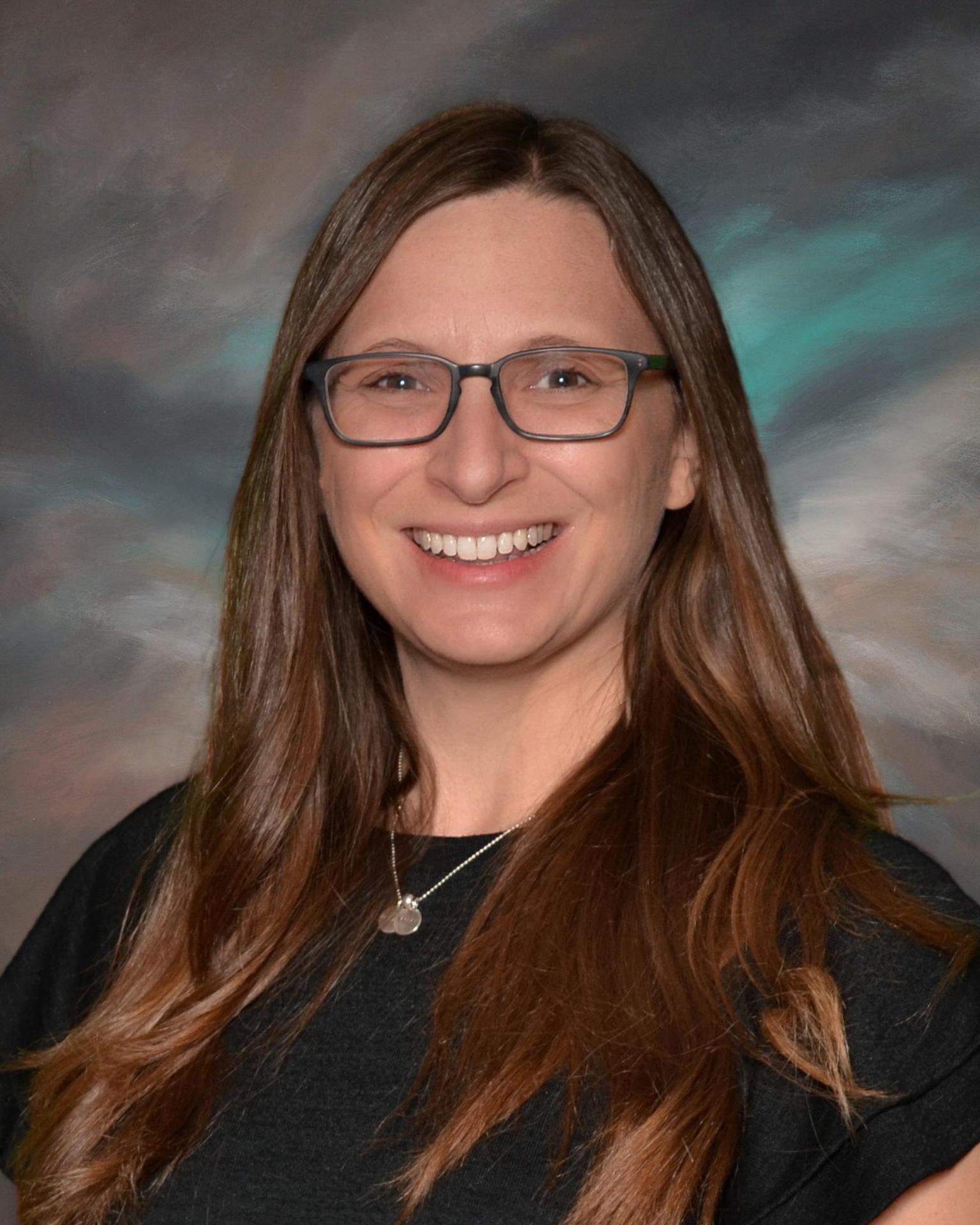 Dr. Elizabeth Adams has been an educator for 16 years.  She began her career teaching in Lawndale, CA for nine years.  She then joined the VCES family in 2013 as a founding 5th-grade teacher.  She immediately appreciated the community and collaboration among the teachers.  After teaching 5th grade for five years, she became VCES' reading specialist, which allowed her to work with students across all grade levels.  In her out of classroom role, she has also been the coordinator of professional development for teachers and she took on numerous school-wide responsibilities, such as writing our most recent charter renewal.  Elizabeth earned her doctorate in educational leadership from California Lutheran University.  As a part of her dissertation titled Redefining Family Engagement for Immigrant Latino Families, she interviewed families to better understand the multitude of ways that they contribute to their children's education.  In addition to her doctorate, she has a master's in child and adolescent literacy, a reading specialist credential, and an undergraduate degree in liberal studies from Loyola Marymount University.  When not at work, she is often doing puzzles or attending car-related events with her husband and two young sons.
Brenda Sadeghi, Principal
Valley Charter Middle School 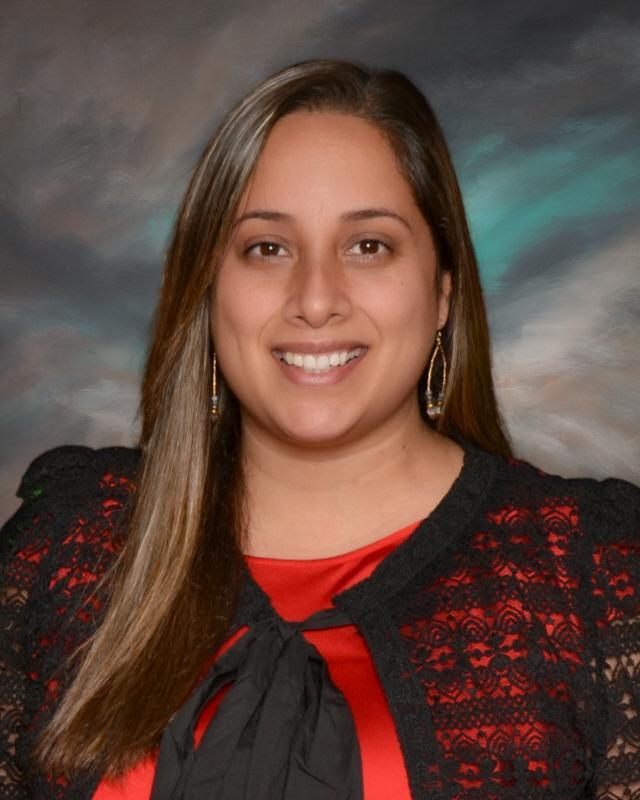 Brenda Sadeghi grew up in Tulare, California but now considers herself a true Los Angeles native. She received her bachelor’s degree from California State University, Northridge (CSUN), where she double majored in political science and Chicano Studies and went on to get her teaching credential from Fresno Pacific University. She also holds a master's in educational leadership from CSUN. Prior to joining VCMS, Brenda taught at ExteraPublic School in Boyle Heights. She especially treasures what she calls the “oh moments” in the classroom. “I love teaching when the vast majority of the class has little experience with the concept because when they start to understand the concept they often say, ‘Oh, I get it!’  Then I feel our experience has come full circle,” she explains. In her spare time, the Lake Balboa resident enjoys trying new things such as parasailing and kayaking. She also seeks out local destinations where she can experience different cultures and traditions. 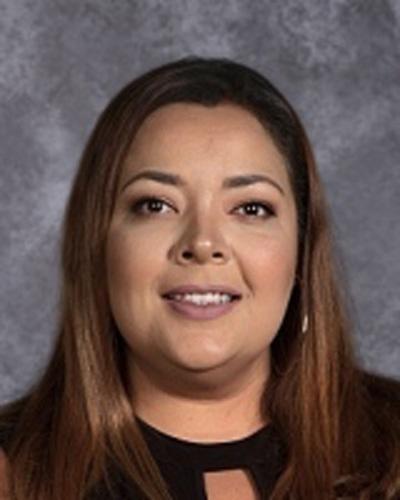 Cinthya Gonzalez has always known that her passion was to be in education, and create equitable opportunities for marginalized school communities. As a first generation immigrant from Mexico and English language learner, Cinthya witnessed firsthand the disparities that exist in education, when content is not made accessible to diverse student populations. Long before she became an educator, Cinthya worked as a preschool teacher assistant and dance coach for an elementary school in the city of Pacoima. It was there when she realized that her calling was to become an educator and soon after she was hired as an intern-kindergarten teacher for LAUSD. She later moved to Vaughn Next Century Learning Center, where she taught 6th-8th grade, but spent the majority of her time as an 8th grade English teacher.  Cinthya received her Liberal Arts bachelor's degree and multiple subject teaching credential from Cal State Northridge, as well as her single subject English teaching credential. Recently, Cinthya received her masters degree in school leadership, along with her administrative credential from Loyola Marymount University, GO LIONS!  Cinthya is a wife and a mother of four children, in which most of her free time is dedicated as a travel baseball parent watching her oldest son play his heart out on the baseball field across the country. Cinthya is very excited to start a new journey at VCMS as assistant principal and is looking forward to working closely with students, staff, and families. 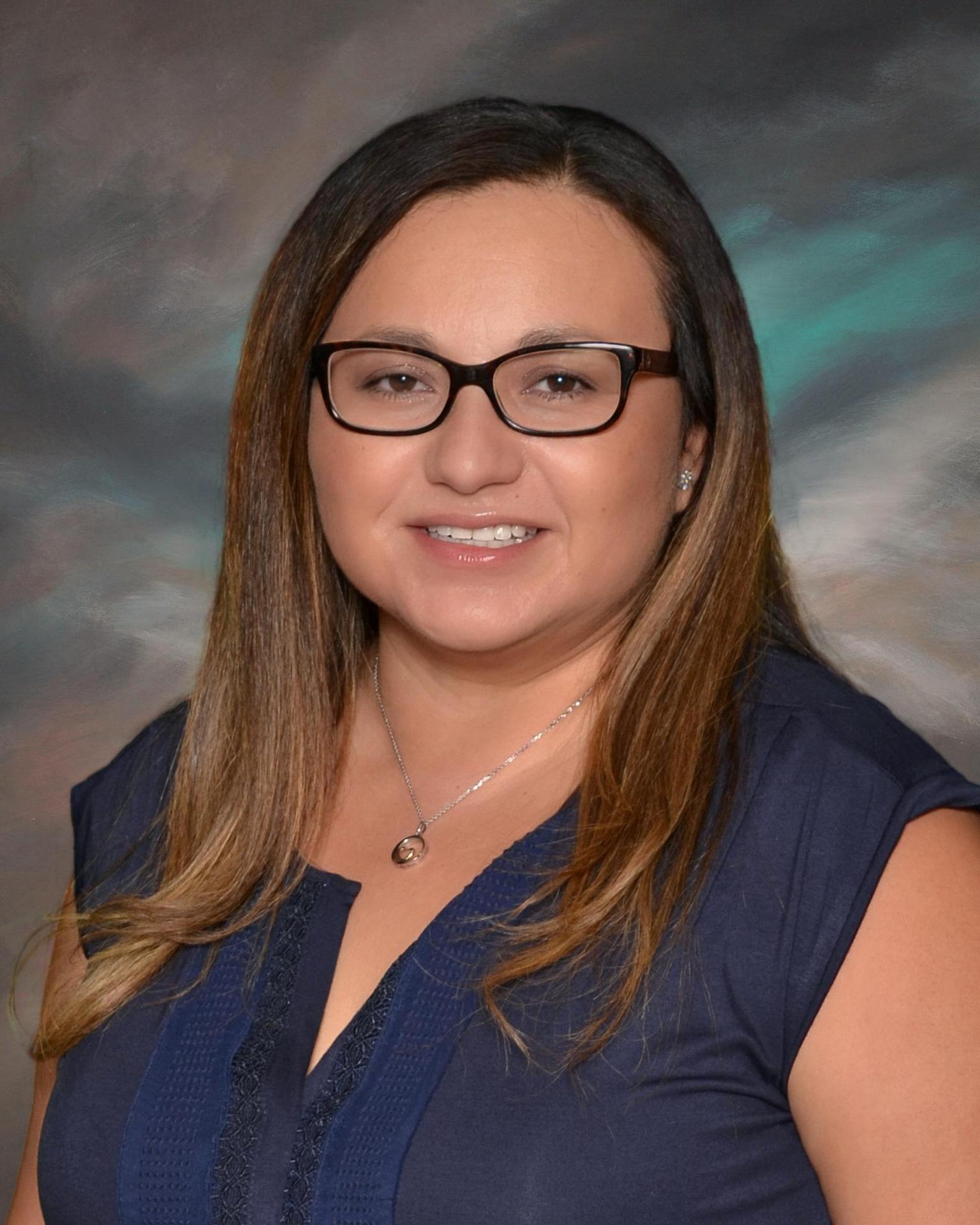 Having previously worked at a charter school, Carolina knew that accepting an administrative position with a start-up charter would be a lot of work, but she was ready for the challenge.  She accepted the position of founding school office manager for the elementary school in the summer of 2010 and has been an integral part of VCS’s success. Reflecting back, Carolina says, “I was eager to help build a school and see it grow and succeed.  I was looking for a second home and a family that would take the time to go above and beyond to guide children into a successful future.” Born in San Salvador, El Salvador, she grew up in Sylmar and attended California State University, Northridge where she earned a BA in both Psychology and Child and Adolescent Development.  Carolina is a caring and devoted mother, and when she is not at work she loves spending time with her family and visiting new places with them.  All three of her children embarked on their educational journeys at VCS, and her oldest is now in high school after having graduated from 8th grade at VCMS. 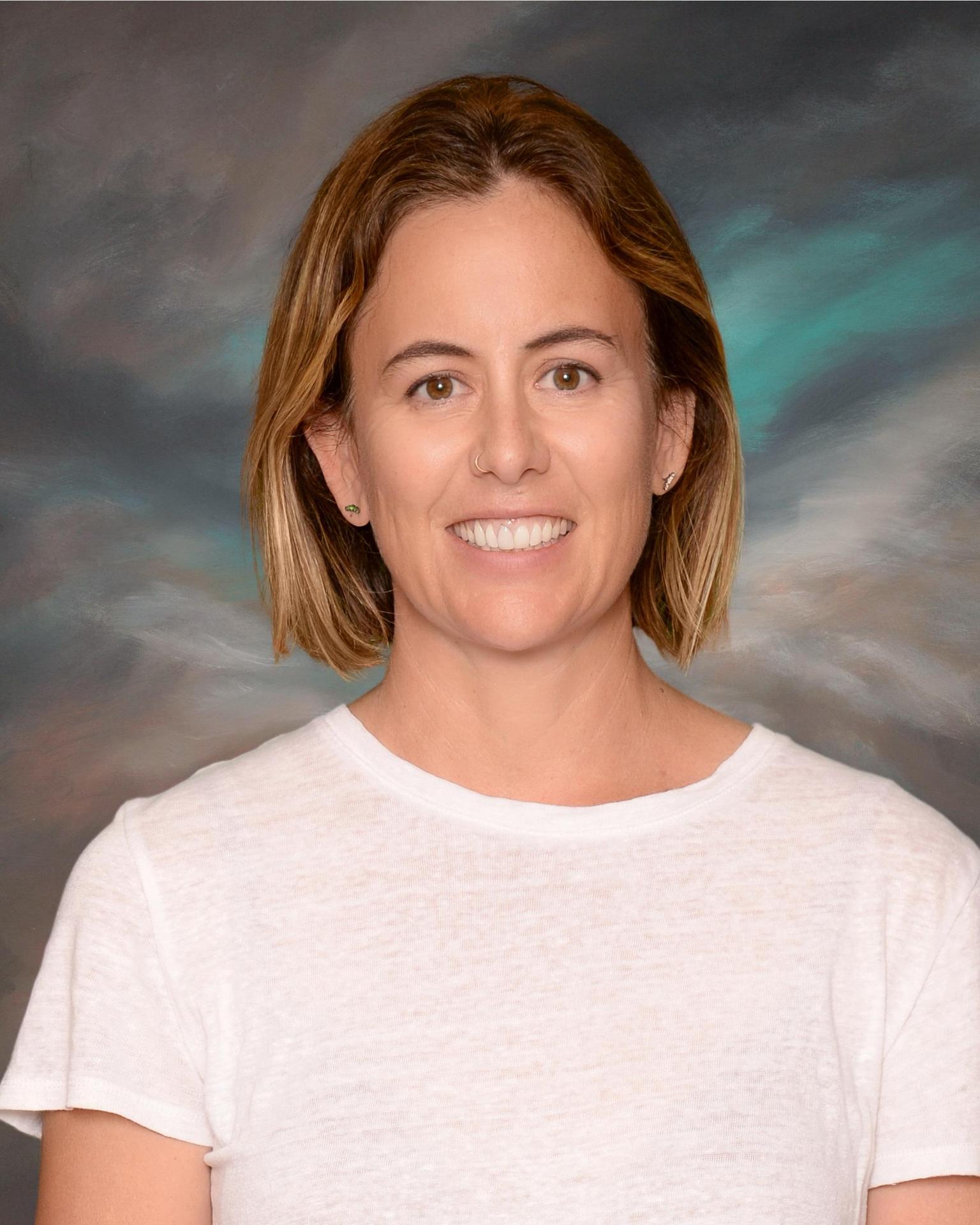 Rebecca Avery was a longtime Valley Charter School parent before becoming a staff member in 2020.  Her oldest child, now a high schooler, was accepted into VCES as an incoming kindergartener in the 2011 school year, and her other two children have followed in his footsteps.  Mrs. Avery has a longtime passion for preK-12 public education.  Before having children, she taught both preschool and middle school (6th grade ELA and Social Studies) in Seattle and Los Angeles.  She is equally passionate about the importance of charter schools and the mission, vision and leadership at Valley Charter School.  Mrs. Avery believes that a strong school community is vital in providing the best possible educational opportunities for students K-8, and is excited to be a part of a school team that shares that philosophy.  She loves engaging with new and current VCS families, and doing outreach for prospective families. Mrs. Avery has a degree in English and French from the University of Washington, and earned her teaching credential at CSUN.  In her spare time, she spends time with her family on hikes and beach days, runs on local trails with friends, and catches up on (many) podcasts.